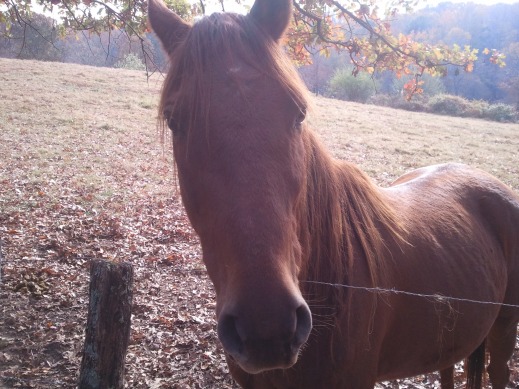 I thought it might be appropriate to address politics now that this election cycle has broken wind.  Let there be hot air.

First, in the ancient rhetorical tradition of rhetoricians and scholars, I would like for us to take a look at the definition of the word politics.  Now that I see it in blue it looks strange to me maybe we should turn it red and righteous.  What if it was purple and passive?  What if we turn it green and politically correct?  What if it was clear and functional? Now that would be a fucking miracle.

I’m not here to talk about politics in the way of the polls and the candidates.  There are plenty of folks doing that already.  I would like to share my interpretation of the political landscape in these Divided States of America and focus on what common ground exists between all 100% of us.  Now don’t get frazzled because I included the 1% with the 99%.  If they are as all you wing nuts both right and left declare, then we the people are gonna need their help.  Who the hell are they anyway?  I’d like to talk to em’.  This is about ‘us’, all of us.  Now if anybody is offended by the term wing nut I’m probably talking directly to you, calm down and breathe.

So what do we have in common.  We eat, sleep, poop, drink, live, and breathe and die.  That’s about it.  The only consequential differences of any account are related to height and weight and the amount of dirt that we’ll each make.  The individual human experience is what we are all having.  We each exist and react to stimuli as time passes.  Our decisions are governed by circumstance.  Now I could romanticize or politicize or religicize any of the aforementioned terms, but that is not the goal.

The art of politics is getting people to believe that there is a cause with meaning and that by aligning oneself with that cause and supporting it the process of eating, sleeping, pooping, drinking, living and breathing and dying will be less expensive, easier, safer, and healthier.  Personally, I don’t buy it.  These days it’s mostly salesmanship and pandering and when someone does get elected the resistance rises on the other side of the aisle and stagnation of the process occurs.  This may not be a bad thing.  I mean look at how the economy is doing or the fact that most of our soldiers are at a home base somewhere right now, or that gas is cheaper, or that the dollar is strong during this phase of governance in which our highly esteemed politicians have been locked in a stalemate over principles and values and campaign contributions.  Like most of the disillusioned, free thinking, open hearted people out there I simply want to live my life in peace.  I’m sure the people in the really dysfunctional war torn nations would like to live in peace too with full bellies, but they too are subject to the ramifications that arise from conflicting opinions.

I think a lot about the consequences of two-party politics.  The suggestion puts two forces in opposition.  How can this system adapt to the many different sets of circumstances each of us individuals confront?  A lot of people desire more parties.  I think that it is a noble suggestion, but in a way I feel that it would create more noise.  So far I haven’t found anything in the Constitution that says we should have Republicans and Democrats fighting with each other while our roads fall apart and our turds pile up a mile high.  At this point I’m so over it that I think political parties should be banned.  Candidates should run on their merits, if they aren’t accomplished enough to be known and respected and liked by a majority of Americans without the support of a whole network of fundraisers and gossipers then maybe they aren’t the people we need guiding these United States of America.  Hell, in this day and age we could have an officially sanctioned website where people who wanted to run for office could make it known and we the people and our reporters and savvy conspiracy finders can sift through the dust for the diamonds and place them in the light for a cost that is next to nothing.  Instead we have a system in which we waste a bunch of money that could be used to fix things on all this rigamarole and hoohah.

So if any politician is listening and they want to negotiate for my vote;  I’ll be up early  going to work and I’ll be way to busy to listen to any of this horse shit I’ve been hearing.  And to anyone that may be reading this and has the desire to convince me to vote for your candidate of choice please don’t repeat any of the aforementioned.  And if you are in the 1% of the 1% and actually have a voice, call me, I have lot of ideas and no time to waste.

an excerpt from #the Dove

She awoke in the hospital. Some type of drug altered her vision and she was feeling no pain. She stood up in a panic. The television light ran down the wall in blue, green, red, black, and violet liquid streams. The curtains undulated as if caught in a tropical maelstrom. The twilight could be seen through the partitioned curtains; the split in the middle opened on the strong beats of a salsa rhythm, the buildings beyond swayed, flexed, and pressed in on the glass, dancing mad children in sequin costumes. The TV made groaning sounds, drawn out groans, the wavering psychedelic drones of a Theremin; she had to turn it off. She sat up, exited the bed, and walked up to the beast. The colors still running from the towering screen, running down the pale yellow walls, running onto her hands and arms, turning crimson, she reached up, fully extended on her tip toes she could barely touch the power button. She moved to press it and nothing happened… Where’s the remote control?…She turned and saw it laying on the nightstand beside the lamp. She saw many other things when she looked that way, but only one disturbed her.

There was an I.V., constantly dripping, marking off the odd metered phrases with the sound of a triangle. A stack of monitors on a rolling stand kept track of her breathing, her heart rate, her blood pressure and other vital information. Every flat surface, the dresser, the card table, the shelves below the TV that stretched the length of the wall opposite the monitors and the bed, even the top of the generic particle board wardrobe in the corner, were laden with vases full of flowers. Orchids, roses, lilies, and mums living in suspended animation; their colors did not run or waver, the petals and pistils and remaining leaves did not blow in the violent magnetic way as did the curtains. The flowers sat still in the vases, singing the melody high above the mad rhythms of the machines, a choir of angels singing prayers. Notes clung to the glass heavy with the words of those that cared. One lone card stood on the food tray by the bed, an empty plate, and a chair. Someone has been in here. The chair hovering close to the bed. The covers clean and fresh, unwrinkled as if it had recently been made. Her body was still, steadily breathing, heavily sedated, and unaware that she was not inside. 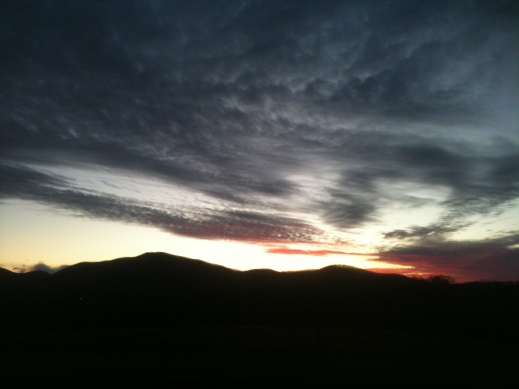 I choose my words and if I don’t find one I like; I construct them.  Post-Dystopian is one of those words.  Now do I feel like I made it up, certainly not.  I put it together like I would a couple of 2×4’s laying on the ground and maybe somebody else has too.   Fundamentally, a word is comprised of many constituent properties, always relative to context and descended from events that resulted in that context.  Just like the 2×4’s that were once a tree.

The meaning that I interpret relative to the word at hand may be different than what you would.  To me post-dystopian signifies a transformation.  A transformation from a world of despair and beyond the naivety of believing that utopia can exist.  I know some will argue that utopia is possible.  I agree to a degree and I can’t prove it, but I certainly will not sit around and wait on it to happen nor argue the possibilities.  That in itself affects the manifestation of my personal utopia.  That’s also part of being a post-dystopian.  The realization that my utopia would be different from anybody else’s, leads me to the conclusion that two utopias may not be able to inhabit the same space at the same time, much less 7 billion utopias.  No wonder the word dystopian emerged in the first place, 6,999,999,999 people were in the way each of us getting to our own personal utopias and got us depressed and miserable and hopeless and looking for the answer for all the ails of society.  See the craziness.  Let’s get over it.  We try to fix things on the wrong end sometimes.  Dystopian is a state of mind just like it’s antonym utopia.

Now, I know we got problems, but living under the fear of doom and gloom and/or the impending apocalypse and/or listening to jibber jabber about whatever conspiracy wool is being pulled over whose eyes for what political agenda that makes you cooler than the next guy because you spent 97 hours in the past week researching it on wing nut political minded websites and are now the authority on secret information that was published for 7 billion people that are being directed by marketing to their own personal utopias to read, doesn’t help any.  We must act from places of clarity.  We must stop the noise.